So easy to reach from the UK (with direct trains from London), Amsterdam is one of our favourite destinations in Europe.

So easy to reach from the UK (with direct trains from London), Amsterdam is one of our favourite destinations in Europe.

Whether you travel by air, rail, or sea, you will probably reach the city through the main railway station 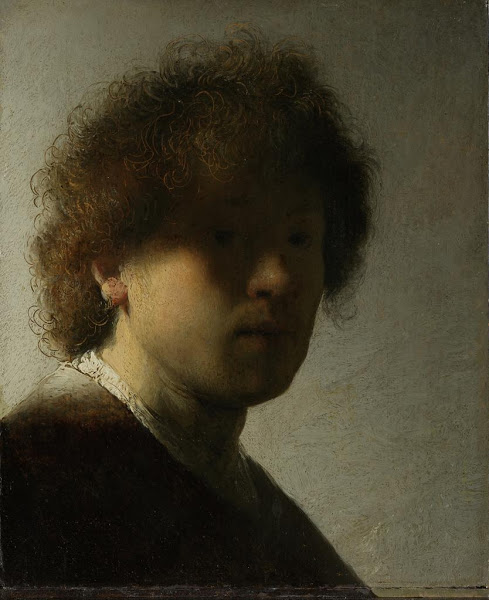 This year-long celebration opens with ‘All the Rembrandts’, in which the Rijksmuseum will present for the first time an exhibition of all 22 paintings, 60 drawings and 300 of the best examples of Rembrandt’s prints in its collection.

The Rijksmuseum holds the world’s largest collection of Rembrandt paintings – including The Night Watch. Given the extreme rarity that many of these delicate drawings and prints,  All the Rembrandts offers a once-in-a-lifetime opportunity for an unparalleled perspective on Rembrandt the artist, the human, the storyteller, the innovator. 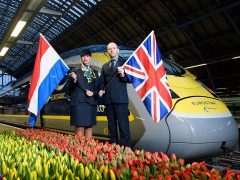 Eurostar launched direct services between London and Amsterdam through the Channel Tunnel in April, 2018. Trains run twice daily (thrice daily from April 2019). The journey from St Pancras to Amsterdam takes three hours and 41 minutes. Currently the service only runs direct one-way, from London to the Dutch city, because of immigration formalities. Passengers travelling from Amsterdam to London have to change at Brussels to clear passport controls. The journey includes stops at Brussels and Rotterdam.

I travelled by the non-direct train, Eurostar from London to Brussels, then high-speed Thalys train to Amsterdam. www.raileurope.co.uk/.

Many city trams start directly outside Central Station and most city centre hotels are on, or close by, a route. Buy tickets, either for the hour or the day  from the GVB office just opposite the station. (You need to touch the reader with your card on entering and leaving the tram.) Find the stop you need, let the city’s perfectly-tuned public transport system take over, and ride the tram to glide imperiously around the old centre.

The 2014 novel The Miniaturist by Jessie Burton, adapted for BBC TV in late 2017, is set in Amsterdam, although the exteriors were filmed in Leiden – a Dutch city with similar architecture. The book is based on the real Petronella Oortman, who was married to the Amsterdam merchant Johannes Brandt.

Leeuwarden, in Northern Holland, together with Friesland was the 2018 Cultural Capital of Europe. Details here

Take a tour (on foot, by bicycle or by tram) around the old centre to take in the city’s architectural glories – C16th brick houses with stepped gable façades, the 17th baroque Golden Age buildings, and the neo-Gothic of the 1800s.

Amsterdam has more canals than Venice and more bridges. But beware. The streets are full of cyclists. They are fast, confident and many don’t use lights at night. Be careful not to stray into their lanes.

Two of the most revered artists in history, Rembrandt and van Gogh, have their “home” galleries in Amsterdam. Both have been recently renovated. In the Rijksmuseum, Rembrandt’s massive civic guard portrait The Night Watch now has its own, dedicated, room. The gallery describes the painting as a “superlative example of his creative genius”.

Rembrandt’s House, where the artist lived between 1639 and 1658, has been well restored. I like the studio at the top where you can experience the actual light in which Rembrandt worked. Works by Van Gogh – including Sunflowers, The Bedroom and Almond blossom – hang at the refurbished Van Gogh Museum. The Amsterdam City Card (transport and museums) works for 24 hours. 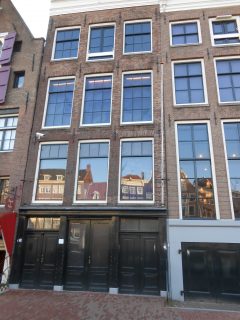 Our visit to the Anne Frank House was a profound and humbling experience. It reminds us of the worst of human nature, of the petty evil of the people who betrayed the eight people who hid in tiny quarters for two years from the Nazi occupiers. Yet it also speaks of the triumph of the human spirit, and the indomitable good cheer of this ordinary, yet extraordinary teenager, with the same ambition and dreams of any young person today, and the inspiration so many people draw from her.

The city has served posterity well with the sensitive job it did in restoring the house. The emotional forcefield in the Secret Annex, where Anne found her escape and her balm in her diary, is intense. Liable to be very busy. www.annefrank.org

There are many city centre refueling points serving the city’s famous staples, chips and mayonnaise and pancakes. And what a choice of distinctive, independent cafes. We had a wonderful lunch of homemade soup and Dutch apple pie in Latei, just off the Nieuwmarkt. (A tip: look for Koffiehuis. Anything called “Coffeeshop” trails the pungent aroma of marijuana.)

Among standard brasserie-type restaurants in good old high-ceilinged, canal-side buildings, with enthusiastic locals all around, I’d recommend the Van Puffelen, on Prinsengracht www.restaurantvanpuffelen.com/en. Another place with a straightforward brasserie menu, but doing it well, is Lab111, in a former hospital operating theatre www.lab111.nl. The city’s friendly waiters and waitresses, almost without exception, speak perfect English.

For the perfect antidote to the bland, “you might just as well be anywhere”, shopping mall, head for the wonderful Nine Streets area, set between some of the city’s finest 17th Century canals. It’s the browser’s delight, shop after fabulous one-of-a-kind shop, many with exquisite window displays. This is serendipity shopping at its finest. We sifted through Otumm watches, Uchino towels in unbleached cotton yarn dyed with chamomile and rosehip,  Alfons de Letter’s enamelled house numbers, Reypenaer cheeses and Dominio mid C20th Italian furniture. They’ve seen the future, so naturally you can buy online.  www.theninestreets.com

The Rijksmuseum in Amsterdam has, as part of its permanent collection, an exquisite dolls’ house. It was owned by Petronella Oortman, who was married to the Amsterdam merchant Johannes Brandt, and was the inspiration for the 2014 novel The Miniaturist by Jessie Burton, adapted for BBC TV in late 2017.

The cabinet, of tortoiseshell decorated with pewter inlays, was made by an anonymous cabinetmaker from France, who worked in Amsterdam.

Although the The Miniaturist was set in Amsterdam, the exteriors were filmed in Leiden – a Dutch city with similar architecture. And the rest of the drama was shot in London. 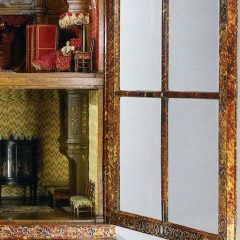 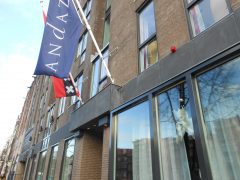 There’s no reception desk at the canalside Andaz hotel on C17th canal Prinsengracht. Staff check you in with an iPad, as you lounge with a drink in the lobby. Then you ride up to your room in a glass-sided lift, alongside a four floor high mural depicting the City’s rich maritime and trading history, tinged in gold and Delft blue.

The story of Amsterdam’s Golden Age continues into the bedrooms, in the illustrations, the personally chosen books and the wallpaper in the bathroom. Every last detail in this former city library, stylishly transformed into one of the best boutique hotels in town, was the work of star Dutch designer Marcel Wanders. Video art plays on HD TVs down every corridor. Free non-alcoholic drinks and snacks from the mini bar are a sensible touch.

Rotterdam can’t compete on history with its near neighbour, Amsterdam (between 40 mins and 1hr 18 mins by train). Its mediaeval core was flattened by German bombs in 1940. But it has been rebuilding itself ever since with style and ambition. Instead of tiny old churches and ancient, narrow ways, Rotterdam offers sunken, pedestrianised shopping streets and striking high-rise buildings. Armed with the tourist board’s Roaming Rotterdam booklet, I connected  some of the 70 examples of imposing architecture, sculpture and dramatic city sites. They include earlier masterpieces, such as the Laurenskerk: this church is the only survivor from the mediaeval city. And Europe’s earliest skyscraper (1898), the Witte Huis. The seven mile route takes a leisurely day on foot, or a few hours by bicycle – rent one from Bikes are for hire at Central Station.. Or take public transport. There is also the 17 stop Rotterdam Art Route.

Leeuwarden, in partnership with Friesland, is the European Capital of Culture 2018.  The town is 2 h 2 min from Amsterdam by train.