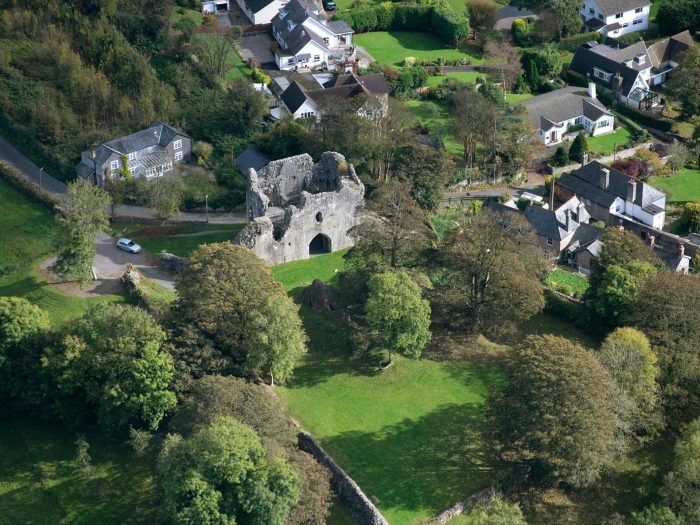 Whistlestop Walk – The Vale of Glamorgan Line, from Bridgend to Barry, through bucolic South Wales.

Another in my series of “Whistlestop Walks”, which appeared in Extinction Rebellion’s newspaper Hourglass in the spring of 2020.

For the series I would take a train (pre-pandemic) to a station, walk eight or so miles (sometimes longer) to another station, which need not be on the same line, then take the train home.

This is hardly grand or exotic travel. But rather than just dropping in by car, I wanted to make a real, if modest, journey I might remember better one day.

And crucially the experience had to be as low carbon as possible – I’m just another passenger on a train which would’ve been running anyway. 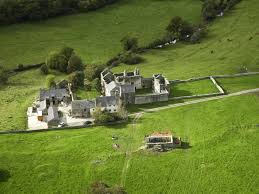 This is a low-carbon outing only possible with 21st-century transport investment. The Vale of Glamorgan Line, from Bridgend to Barry, threads through bucolic South Wales, the wide coastal buffer below the coal mining valleys. The line came, went, and has come again.

An early casualty of the Beeching cuts, closed in 1964, this route was reinstated, with commendable speed in 2005; it had only been seriously proposed in 1997. (Compare this with the glacial progress of the Oxford to Cambridge line, first mooted in the 1990s. Even the first half is not due until 2024.)

My walk takes me from the new station at Llantwit Major to Barry, about 10 miles. I pick up a Long Distance Walkers Association path (available online) on a big sweeping loop inland, via the ruined remains of 14th-century St Quentin’s Castle at Llanblethian. The path takes me as far as the outskirts of Cowbridge, one of the classic Vale of Glamorgan market towns.

By turning inland I’ve managed to dodge an incongruous coastal feature. But if the mere mention of the massive coal-fired Aberthaw B power station is enough to ruin any extinction rebel’s day, rest assured. It closed on March 31st, 2020, after 49 years.

On the debit side, though, is the vast, and still untapped energy-generating potential of the Seven Estuary, on my right. South Wales has fared poorly from proposals to harness its tide. Swansea’s tidal barrage was ruled out after initial Westminster government enthusiasm. And with political will, the oft-proposed Severn Barrage might have been built by now, producing 5% of the nation’s electricity, and providing a shortcut between Wales and the Southwest. 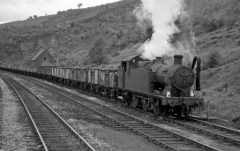 Back on the coast, I join a stretch of the Wales Coastal Path. I reach Barry, once a famous player in the fossil fuel story. In 1913 it was the busiest coal port in the world. Trains trundled endlessly down from Lord Davies’ mines in the Rhondda Valley, to load ships that were dispatched all over the world. Only Cardiff, exporting from Lord Bute’s nearby pits, came close. All now gone.

On the train back to Cardiff, I reflect on the rapid demise of such a dominant industry. Could the same happen, just as suddenly, to oil? And could it disappear in time? We will know by 2050.